Michael Pendry is an artist who creates art installations from thousands of origami doves. These doves are on a journey through churches around the world, from Jerusalem, to Salisbury, New York and San Francisco to spread message of peace and hope. 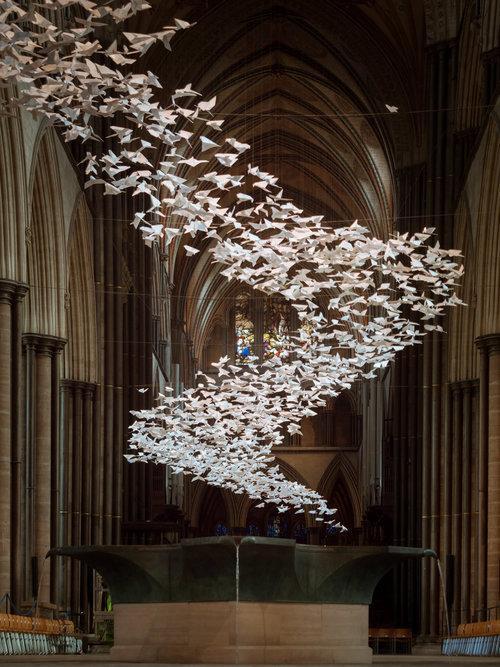 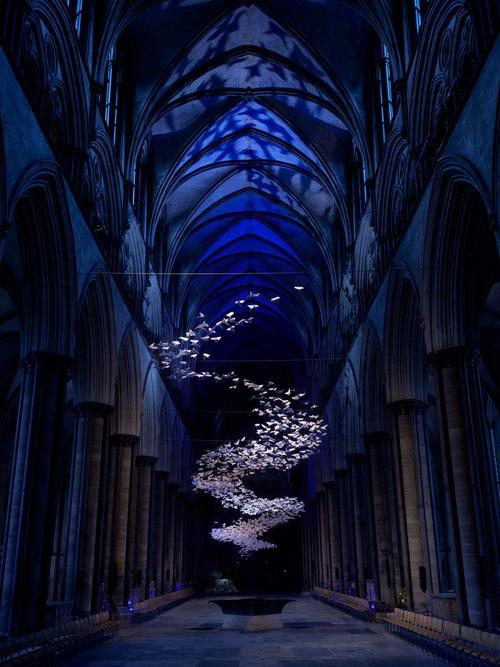 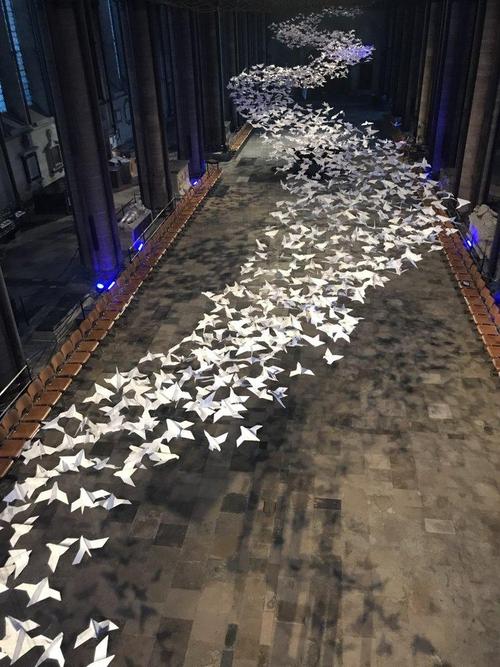 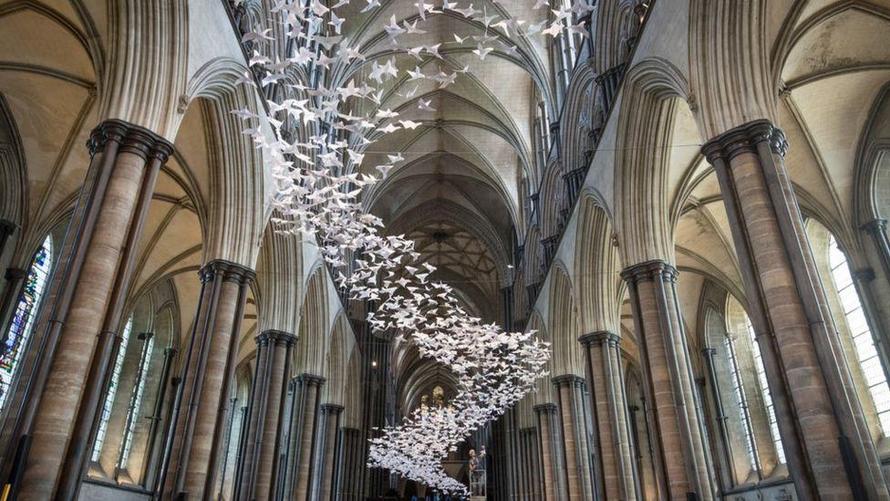 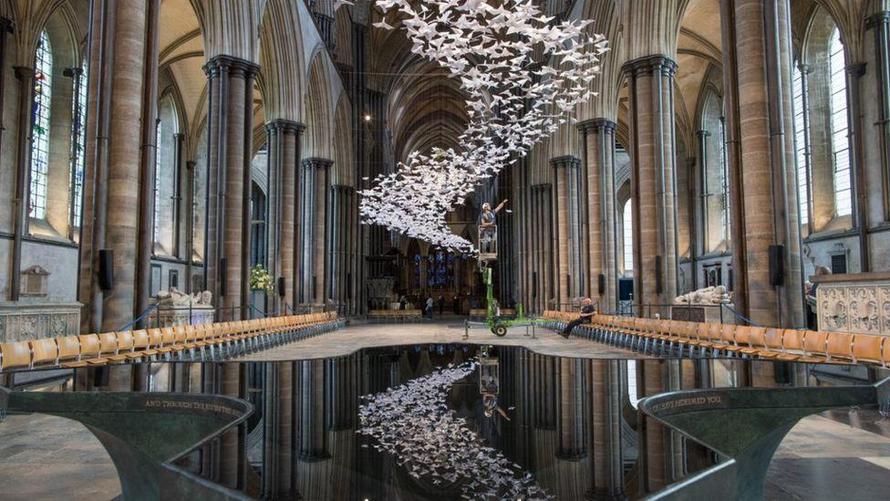 Pendry encourages communities where the doves are exhibited, to fold their own origami doves. People are welcomed to write an inspirational message, or a message of hope on a sheet of paper, fold it into a dove and either hang it up or give it to a loved one. Artist Michael Pendry said: "In their unity they stand for a fundamental human right to peace and freedom."

Listen to Michael Pendry talk about his work as it was being assembled in Sailsbury: 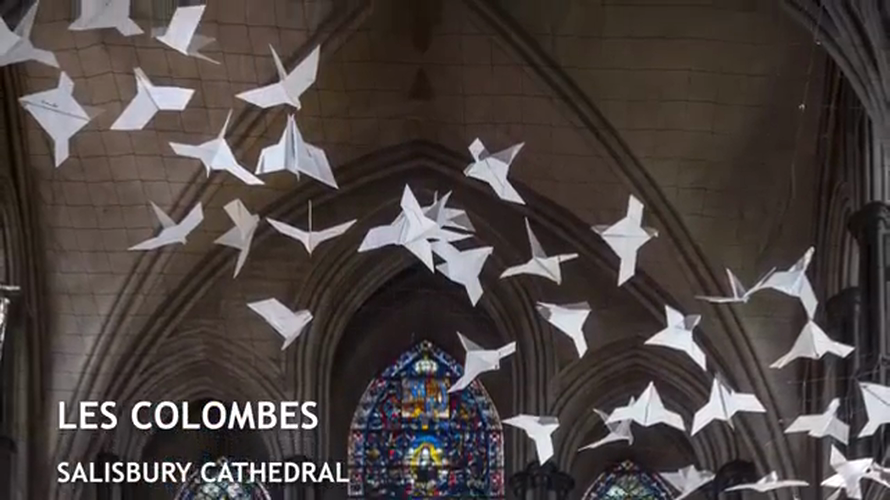 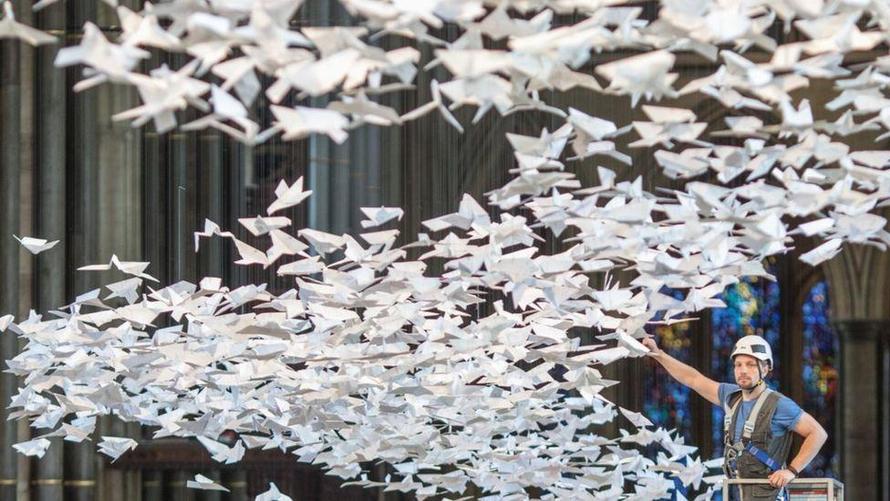 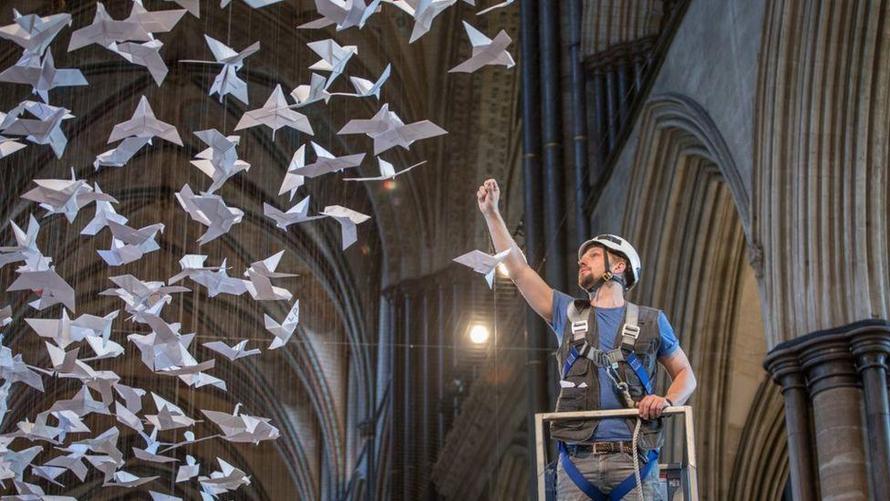 During Lockdown we took inspiration from Pendry and started making doves at home. Now we are back at school, we are bringing them together to create our own message of peace and hope. While we loved Pendry’s origami doves, we wanted something that is weather proof so we can put them in Sophia’s Garden. The children’s Art Council liked the idea of using plastic that is just going to be thrown away. So, we have been making our doves from old milk bottles.
If you would like to make a dove to add to our flock, you can follow instructions to make a dove here:
https://www.edenproject.com/learn/for-everyone/how-to-recycle-a-milk-carton-into-a-beautiful-bird
Or follow this video tutorial:

How to Make a bird from a plastic milk bottle.mp4 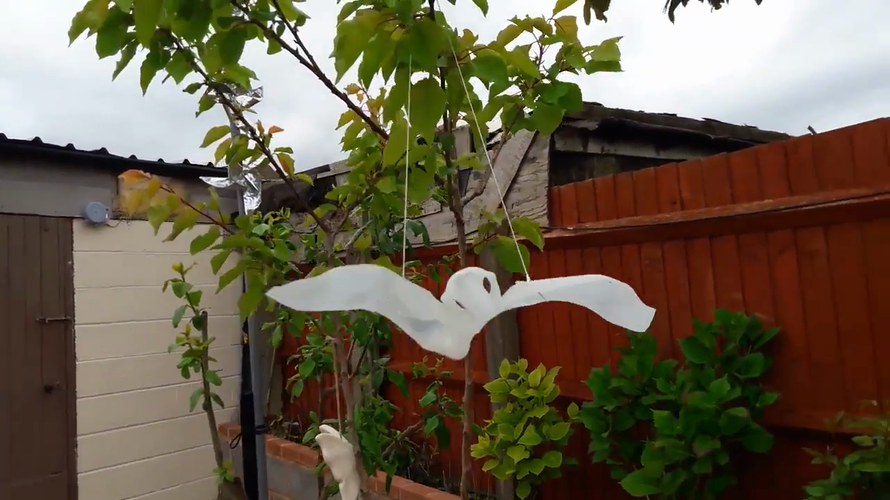