Heitor Villa-Lobos
Bachianas brasileiras No. 2, The Little Train of the Caipira (finale) 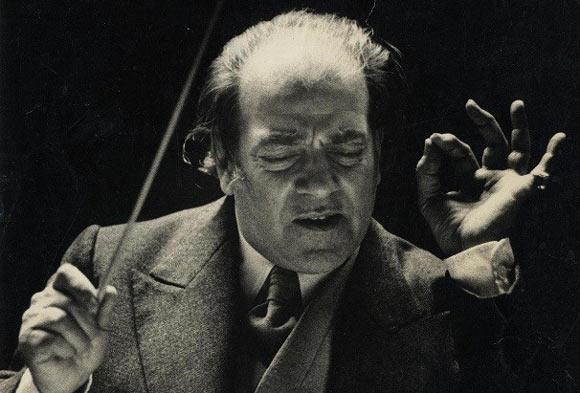 Key facts:
* He was a great composer of the 20th Century.
* He brought the sounds of Brazil to orchestras and the concert hall creating a vibrant, exciting new sound.

Villa-Lobos was born in Rio de Janeiro. He began to learn the cello at the age of six and, as a teenager, enjoyed playing guitar with the street musicians of Rio.
During travels around Brazil, including trips through the Amazon, Villa- Lobos discovered the folk music of his home and the tribal songs of its peoples. The melodies and rhythms he heard helped to shape Villa Lobos’s own musical ideas.
Classical composers like Bach were also very important to Villa-Lobos. The Little Train of the Caipira belongs to the fifth of a series of nine pieces called the ‘Bachianas brasileiras’ that apply the technical ideas of Bach to the Brazilian music Villa-Lobos had come to love.

The Little Train of the Caipira

Villa-Lobos travelled by train on some of his musical adventures through Brazil. So perhaps it’s not surprising that one of his most famous pieces re-creates the journey of a shuddering, juddering steam train, carrying the ‘caipira’ or ‘people of the countryside’ off to pick berries in the fields.

Watch these Brazilian students playing The Little Train of the Caipira:

20th Century  - 1901 - 2000
Heitor Villa-Lobos was composing during the 20th Century. Music from this period is extremely varied with lots of composers having their own ideas about how to compose in ways that were different from what had been done before.

Some famous composers from this period include:

Grażyna Bacewicz
Grażyna Bacewicz was a Polish composer, writing music at a time when being a female composer was very unusual.
https://www.drake.norfolk.sch.uk/overture-by-grazyna-bacewicz/

Trailblazer Delia Derbyshire swapped traditional musical instruments for electronic sounds when she arranged the theme for one of the most famous TV shows ever: Doctor Who.
https://www.bbc.co.uk/teach/ten-pieces/classical-music-delia-derbyshire-doctor-who-theme/zfh792p

In 1924 jazz and blues burst into the world of the classical orchestra thanks to trailblazer George Gershwin, who composed music full of the energy and playfulness of New York City in the 1920s.
https://www.bbc.co.uk/teach/ten-pieces/classical-music-george-gershwin-rhapsody-in-blue/zkcy6v4

As an African-American woman, Florence Price combined the traditions of classical music with the sound of spirituals and West African rhythms and dance from her own culture. In 1933 she overcame prejudice to become the first black female composer to have her work performed by a major orchestra.
https://www.bbc.co.uk/teach/ten-pieces/classical-music-florence-price-symphony-no1/z48rscw

The most famous sitar player of all time, trailblazer Ravi Shankar shared his passion for the sound and traditions of Hindustani classical music with the whole world.
https://www.bbc.co.uk/teach/ten-pieces/classical-music-ravi-shankar-symphony-finale/znk8bdm

Benjamin Britten
Benjamin Britten was an English composer who was born and lived in Suffolk. He started composing as a child and by the age of 18 he'd written more than 700 pieces!
https://www.bbc.co.uk/teach/ten-pieces/KS2-benjamin-britten-storm-interlude-from-peter-grimes/z4fsv9q