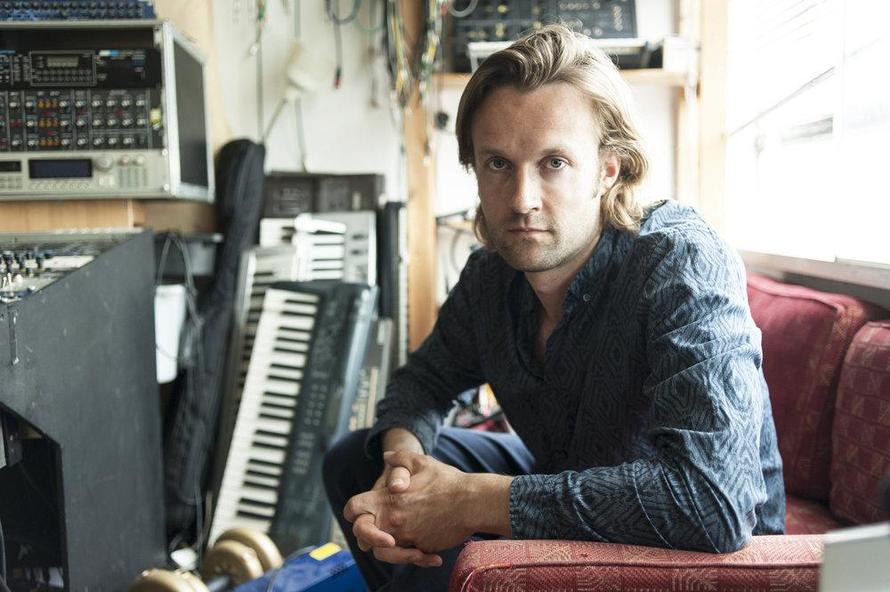 Gabriel Prokofiev is a London-based composer, producer and DJ. He is the grandson of the 20th Century composer Sergei Prokofiev (you may have heard his ballet music 'Romeo and Juliet' as it's the theme tune of the BBC's The Apprentice television programme!).
After studying to be a classical composer at Birmingham and York universities, Gabriel Prokofiev first made a name for himself within the worlds of Hip-Hop and Garage music founding a record label called NONCLASSICAL in 2003. Throughout his career so far, Prokofiev has written electronica music plus a wide range of orchestral pieces, chamber music, vocal works, film scores and ballets.
He was initially reluctant to write 'classical' music for fear of being compared to his granddad, but then an opportunity came along that he couldn’t turn down and he returned to his classical roots. In 2006 he was asked to write a concerto for DJ and orchestra. His concerto was performed at the Proms in 2011 and has become a huge success, performed all over the world.

Concerto for Turntables and Orchestra

Prokofiev wrote Concerto for Turntables and Orchestra in 2006 during a time when he was wrestling with his creative loyalties between classical and electronic music. According to Prokofiev, a promoter asked him to write a concerto for a DJ using turntables, with the aim of bringing classical music to new places and new people. At first he didn't like the idea – thinking it might turn out to sound terrible – but then he had a brainwave. What if the turntable player used the sounds created by the orchestra and manipulated them? It would be like a battle of sounds.

To begin with, the piece shook up what was expected of classical music, but when it was performed at the BBC Proms in August 2011 with world champion DJ Mr Switch as soloist, it was met great critical acclaim.

21st Century  - 2001 – to present day
Some famous composers from this period include:
Anna Meredith
Anna Meredith is a Scottish composer who writes electronic and acoustic music. She likes to work with orchestras, bands and choreographers to create music that uses clapping, stamping, shouting and beatboxing instead of instruments.
https://www.drake.norfolk.sch.uk/connect-it-by-anna-meredith/

Errollyn Wallen
Errollyn Wallen was born in Belize in 1958. Her family moved to London in 1960m when she was two. Her music draws on a wide range of influences, including avant-garde classical music as well as popular songwriting. Her works include symphonies, ballets, operas and chamber music and have been performed in leading concert halls and theatres around the world.
https://www.drake.norfolk.sch.uk/errollyn-wallen/

Mason Bates
Mason Bates is an American composer who often writes for a combination of orchestral players and electronics
https://www.bbc.co.uk/teach/ten-pieces/mason-bates-anthology-of-fantastic-zoology-sprite/zbfn7nb

https://www.youtube.com/watch?v=wLAXfkK-DPg
In this music video Anoushka Shankar performs "Lasya" from her album Reflections. The name Lasya refers to the Hindu goddess Parvati’s Cosmic Dance, a feminine and graceful “yin” response to her consort Shiva’s powerful and masculine Tandava.

https://www.youtube.com/watch?v=JuLDpheL8p0
"Land of Gold" is Anoushka Shankar’s fervent response to the humanitarian trauma of displaced people fleeing conflict and poverty. The virtuoso sitar player explores an expressive range, conveying an evocative journey infused with a message of enduring hope.

Today most people first hear orchestral music in the cinema or online – and perhaps more than any other composer, trailblazer Hans Zimmer has helped to shape the sound of today’s film, TV and games music.
https://www.bbc.co.uk/teach/ten-pieces/classical-music-hans-zimmer-earth/zh4k382