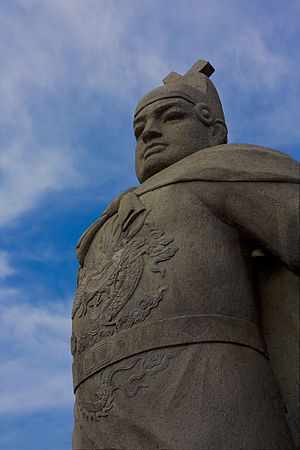 Zheng He or Ma He (Chinese 郑和; 1371–1433) was an explorer, diplomat, and admiral from China. He lived during the Ming Dynasty. Zheng He was the leader of a very large fleet of ships that traveled all over the Indian Ocean and Southwest Asia. Zheng He was a member of China's Imperial Court. The fleet that Zheng He commanded had 317 ships that were very large. 28,000 Chinese soldiers were on board these ships.